You were invited to share your thoughts on the pleasures or pains of Spring, but the latter tended to predominate in a lively entry. Perhaps, with climate change on the march, Spring is not what it was, or where it was, and there was a good deal of the downsides of the season, allergies, rain, snow, belated arrival, and so on, with Katie Mallett even managing to blacklist those vernal staples returning light and birdsong.

For Bruce McGuffin it was a case of ‘Spring is the season of love and of mud’ and for Tracy Davidson the time ‘When lovely little lambs come out to play/Before being butchered the very next day’ while Susan Jarvis exulted over ‘Cuckoos, catkins, crocuses and lilac sprigs’ but D.A. Prince suffered a surfeit of daffodils. Brian Allgar and Mae Scanlan were not the only ones to cast a strange orange glow over the rubric with Nigel Stuart warning that ‘No warming was/ Dumb Donald’s biz’.

With commiserations to the near-missers, and thanks to all who took part, below (unless the absent-minded adjudicator has jumbled the red envelopes again) in no very particular order are the results of the overview and scrutiny of this quarter’s offerings.

Springtime for The Glorious Leader

The springtime is coming, tra-la, tra-la-lee!
What a wonderful time to be wonderful me!
There's a spring in my step, I am bouncing with zest,
And it's time to be grabbing a pussy or breast.

The people adore me, they're happy and free.
My wall is a thing they're impatient to see;
No longer will rapists swarm in to molest
All our women and kids, they'll be safe in their nest.

The springtime is coming, tra-lee, tra-la-la!
I'm the smartest of Presidents, smarter by far
Than Obama, and Lincoln, and all of the rest.
You wouldn't believe my intelligence test!

On the day I took office, the crowds were historic,
And Hillary's tears were entirely euphoric.
I won by a landslide, North, South, East and West!
(Alternative facts are the greatest, the best.)

The tortoise opens one eye, both. Then yawns
(or something similar). This season’s just
another re-run of his many dawns
but, half-awake, he’s limbering up for Lust.

The tortoise has small appetite for spring;
his hibernation suited him too well.
‘Spring’: as a verb it’s never been his thing
but Lust ?— that gets him stirring in his shell.

I know it’s Spring, those nubs in file
Will be a symphony,
And if I wait a little while,
I’ll see a leafed out tree.

All that I’ve seen is far from green,
Just mud and random splatter
I watch bare branches crash, and lean
On last year’s withered tatter.

Amazed it’s Spring; I’m sure we’re in
The solemn Ides of March,
Where driving rain may be a pain,
But nourishes the larch.

I’m sure it’s Spring, and not July,
November, or October.
Still, as I watch the snowflakes fly,
I wish I were less sober.

Air For A Hare

When hedgerows are all of a-twitter
And buds make their opening moves
And the weather is mixed, mild and bitter,
As Earth creaks in her grooves
Spring’s call, so pervasively plangent
Drives a healthy male hare round the bend
Where, off at the ultimate tangent,
He attains . . . his wits’ end.

Paris In The Spring

People go on about Paris in the spring
like anything,
but the place smells principally of drains
except when it rains,
and traffic is nose to tail in the Boulevard St Michel
and everywhere else as well,
and the queue outside the Louvre
doesn’t move,
and if you give up and go for a bite in the Latin quarter,
the waiter propositions your daughter,
and the food makes you ill,
as does the bill,
and everybody is always on strike,
so, by and large, Paris in the spring is like
Paris in the autumn, winter and summer –
a bummer.

Why Do I Loathe Spring?

Why do I loathe spring? I’ll tell the ways
It irritates me. First of all its light
Which glares into the house to show the haze
Of dust and fluff, that ever-present blight
Concealed by winter dark — this now compels
The use of brooms and dusters, and much worse
May lead to decorating, and dispels
All thoughts of leisure. Then its morning curse
Of birdsong shatters sleep at break of dawn,
And looking through the window I can see
That weeds are like a jungle, and the lawn
Recalls a thistle meadow. Worst for me
Spring brings a need to shed my winter knits,
And in my summer wardrobe nothing fits.

When air, so breathable in spring,
Like wine, delicious stuff,
Has taken on a peppery sting,
A bouquet as of snuff,
And pollen counting has begun
So victims stay indoors
Avoiding fields that greet the sun
With volleys of vile spores
Excuse all those who tap the glass
In hopes a threatening sky
Will not permit the ranks of grass
To keep their powder dry.

Blue hyacinths are peppering our garden;
Forsythias are growing in a clump.
The ground, at last, is starting to unharden,
And in the White House we have Donald Trump.

The Bradford pears are blooming by the sidewalk;
Forget-me-nots are blooming near the feeder.
The jonquils gaily bloom, amidst the snide talk
About the bloomin’ fool who’s now our leader.

The trees are turning green, a welcome shift;
The roses are in bud, in certain sections.
This should be giving everyone a lift,
But Trump keeps tweeting asinine reflections.

The season is designed to give us hope;
It marks a time of growth; an upward jump.
But we are not responding to it. Nope,
For in the White House we have Donald Trump. 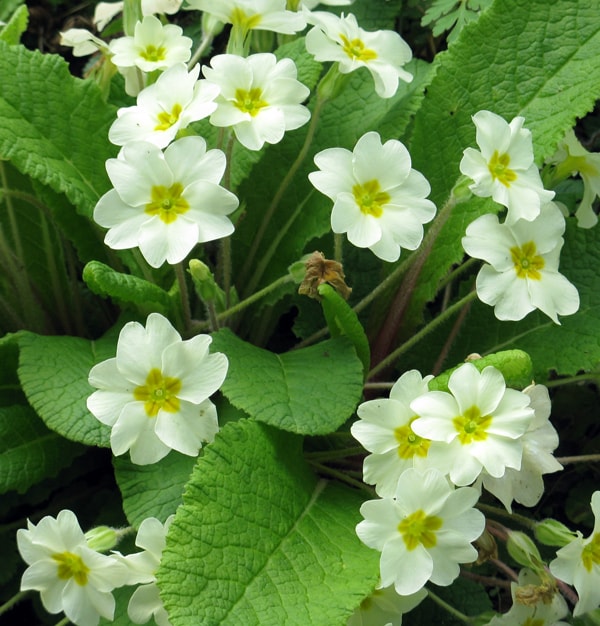